Life in an adoptive family

When preparing for an adoptive child, the adoption applicants thoroughly reflect on subjects and issues relevant to adoption. But many questions arise only after the child has joined the family.

The team of the “Eltern für Kinder Österreich” association will support you even after the adoption was finalised. We will counsel you regarding questions that arise from living together in an adoptive family and will offer our expertise with special focus on adoptive families.

Although very young, adoptive children have had a very turbulent life. Children that get adopted from abroad mostly already experienced at least two relationship break-ups and changes of location (maybe even crossing their native continents). They have to get used to new cultures as well as languages and maybe a different climate and way of nutrition.
Moreover, adoptive children have questions such as: “Why did my biological parents put me up for adoption?”, “Do I have siblings?”, “What do my biological parents look like?”, “What did I look like as a baby?”, and many more. Being an adoptive child mostly means to have many questions, but not finding all the answers. Therefore, it is very important to answer as many of the adopted child’s questions as possible.

Honesty and an open mind towards the child should be guiding principles in living together as an adoptive family, and the child should not be kept in the dark about his/her country of origin and being adopted. It is the adoptive parents’ task to talk to the child about his/her origin in an age-appropriate manner and to make it an enriching and fascinating part of everyday life.

Foundlings and children from anonymous parents

“Foundlings” are children that were left by anonymous parents in a public place. This way of putting a child up for adoption most often occurs in the poorest of the poor countries.
Children from anonymous parents were born in a hospital and given up for adoption, but the details of the parents remain anonymous.
Both ways of giving a child up for adoption ensure the child’s survival, but later on there is no way to learn something about the child’s origin. Adult adopted children report that this lack of knowledge and certainty can be very burdensome in regard to their own roots.
The only things left to do for root seeking is travelling to the child’s country of origin, visits to the children’s homes, or meeting up with others who share the same life story.

At first, future adoptive parents might have the impression that adopting a foundling or a child with anonymous parents is less complicated, since these children are “completely parentless”; hence they believe the finalisation of the adoption will be easier as well. The adoptive parents might also think that it would be easier for themselves not knowing anything about the child’s biological parents.
But of course, those children have biological parents like everyone else and integrating these parents into the life and the personal development of the adoptive child (the limits posed by the parents’ anonymity considered) will be a factor in successfully adopting a child.

What is so special about adoptive families? 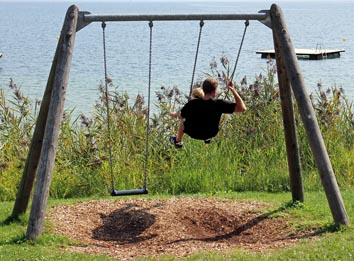 Not so long ago, “family” was defined as a married couple and one or more biological children. In the meantime, many different forms of living together have emerged, and they show up in our everyday language now: Step families, patchwork families, single parent families, adoptive families, married parents or parents in a registered partnership, foster families, homosexual couples with children, LGBTQI+ families, bonus parents…

Since society recognises and acknowledges those diverse lifestyles, it has become a lot easier for adoptive families to be open about their special form of parenthood.

Being open about adoption 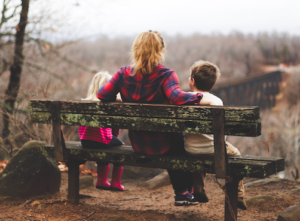 From the day the child joins their new family, being open and honest about his/her adoption becomes part of the family’s daily life. Adopted children should know right from the start that they were adopted and should always be given the opportunity to talk about it with their parents. All their questions should be answered honestly and the adopted parents should not shy away from addressing this subject. This way, dealing with origin and adoption is becoming a shared experience – and not something that separates a child from his/her parents.

It is of utmost importance that adoptive parents fully accept the adopted child along with his/her past, biological parents and cultural roots.
The adopted child should feel loved and valued, as the person he/she is. Therefore, it is important to make the children understand how valuable the life is their parents gave them and how much the adoptive parents love them; not in spite of, but for their special origin, which made them such a unique and loveable child.