Basically nothing can be decided before birth, since the parents might decide to keep the child after all after. Sometimes a mother who was determined to give up her child then decides otherwise.

In Vienna the parents can receive counselling, information and guidance through the whole decision procedure and adoption from their competent social worker of the MAG ELF (Department for adopted and foster children) or in our „Eltern für Kinder Österreich“ association.
The adoption applicants prepare themselves for the adoption by attending preparatory classes and apply for a suitability assessment.

Since there are far more applicants than children given up for adoption, the waiting period is mostly very long. When adoption applicants get chosen for a certain child, they receive a call from the Department for adoptive and foster parents.

The chosen adoptive parents are mostly given one day and one night to decide if they want to adopt the newborn and, dependent on the state of health, can take the baby home with them after only a few days in the hospital.

Only after several months, the adoption becomes effective by court order. This time is important to determine how the adoptive parents deal with the baby and how the baby is doing with his/her new parents.
During this time it may happen that the biological mother revokes her decision to give her child up for adoption and decides to take her baby back. Possibly the child will be returned to her, but often he/she stays as a foster child in the adoptive family.

An adoption needs to be approved by court. According to law also the child’s father, given he is known or has acknowledged paternity, has to agree to the adoption. The parents of the biological mother cannot give the child up for adoption without the mother’s consent, even if she is still a minor.

A suitability assessment by the competent authority is required. The assessment consists of thorough discussions, home visits, determining the couple’s wishes and resilience as well as a medical examination. Only after all facts were assessed positively, the authorities will deem the parents suitable. 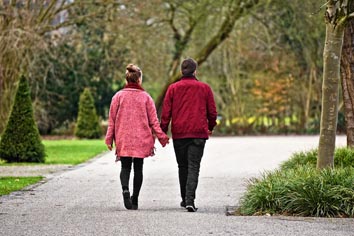 Law does not provide the adoptive applicants to be married/in a registered partnership, still mostly married couples or partners in a registered relationship get chosen as parents.

Adoptive parents must be at least 25 years old. If the adoptive child has already built a relationship with them, this age limit can be ignored As a matter of fact though, applicants mostly are a lot older. The law does not stipulate a maximum age, but authorities will pay close attention to resilience, vital energy and personal aptitudes that are favourable factors for the relationship between child and parents. In reality, most adoptive parents are younger than 45 years when adopting a child.

It’s the adoption agency’s task to choose the best parents for each child. Those are the adoptive applicants that best meet the needs of a certain child.

Therefore, waiting periods strongly vary in length and amount to several years. The waiting period can be used for getting prepared for the adoption.